Improve your German with these fun YouTube channels and videos

Learn German with engaging YouTube videos - a collection of 9 original German shows and channels on YouTube ideal for German learners. 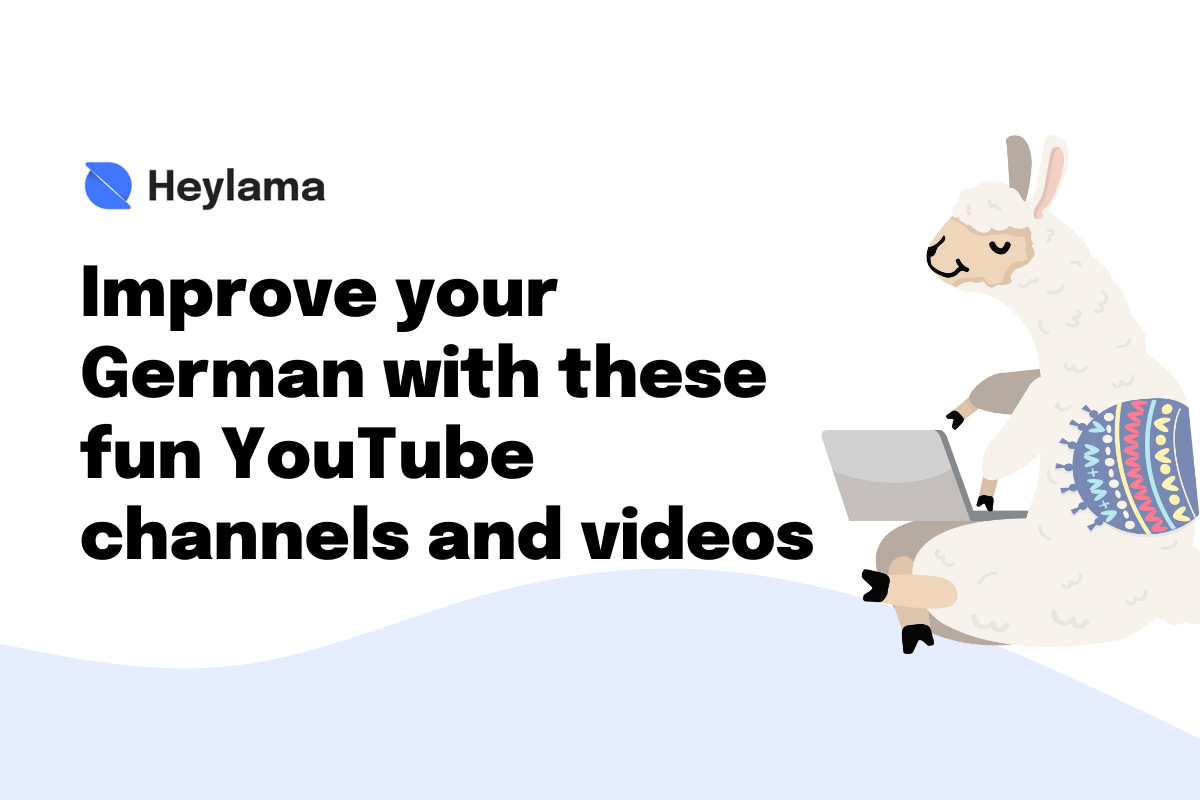 Overview - how to make most of watching videos in German

Watching German videos can help you improve your listening skills and build up practical vocabulary. The thing is that comprehension is one of the most important skills in language learning. Even if we learn every single grammar rule or word in a language, it wouldn’t mean that we could hold a meaningful conversation with a native speaker. We would simply have a hard time following.

The pace, pronunciation, intonation, dialect specifics, and other properties of speech would make it hard for us to connect what we are hearing with what we know. Reading is a great tool to widen our vocabulary, but it is hardly any help to improve our listening comprehension. To overcome this, we have to get exposed to German speech, preferably with native German speakers, as much as possible to train our comprehension.

You might be lucky and have many German friends who never switch to English as you speak. What to do for those of us who aren’t so lucky?

Unlike German learners 5-10 years ago, we're lucky to have access to nearly unlimited original content thanks to platforms like YouTube. To make the most of watching videos in German, just keep in mind that  repetition is the mother of learning. So make sure to revisit your favorite ones, as well as, translate and memorize the new words and phrases that you don't understand.

Let’s start with the amazing German videos and lessons from the Deutsche Welle.

A short side-note -> whoever works at Deutsche Welle and creates so much useful stuff for us, German learners — BIG, BIG THANK YOU!

Conversational lessons from A1 to B1 served as mini-series with short episodes. Each episode is dedicated to a specific topic.

The series tells the story of Nico — a Spanish guy who comes to Germany and speaks only little German. You follow Nico along the way in his search for a new job, friends and so on. Here is the trailer:

Learn German with Jojo, a Brazilian who came to Germany to study. In three (surprisingly) exciting seasons of the telenovela you will learn more about Jojo’s life in Cologne. Some seasons even have a bit of action =).

Each episode of “Jojo sucht das Glück” is accompanied by interactive exercises (not so helpful) and vocabulary suggestions (quite helpful) for learning German. Here is the trailer:

Do Germans eat sausage every day? Does every German have an expensive car? Does everything really work perfectly in Germany? And how hardworking German are? Nina and David from the Deutschlandlabor are on a mission to discover the answers. You’ll get to know Germany and the Germans much better In 20 episodes on typically German topics.

Wouldn’t it be great to watch Ted Talks on interesting topics, but only in German? Look no further — Gedankentanken is just that. It is a huge ted-like conference held many times a year in German on topics of self-development, career growth, leadership, marketing, communications and so on. Experts from diverse fields share their stories and help us improve our German. Here is an example:

A reality show created by the Goethe Institut with Deutsche Welle’s support. The show follows two teams, consisting of language learners, compete to get to Berlin from either from the South or North of Germany. Both teams have to complete some tasks, discover new things, untangle puzzles, and overcome challenges.

Luke Mockridge is the winner of the German Comedy Award 2013 (yes, Germans have humor!) in the category “Best Newcomer”. He hosts the weekly show “LUKE! Die Woche und ich” with tons of fun and funny stuff.

Martina Hill, one of the funniest woman in Germany, plays in short sketches on various everyday situations and well-known clichés about women. Funny in general, and occasionally hilarious.

“A teacher from Germany who teaches German in an un-German way.” That’s how Anja describes her channel. Anja is very funny, authentic and quite helpful for beginner learners. She translates every sentence into English and shares about her daily life, trips and sometimes specific topics. Anja does share almost everything that happens in her life.

Galileo is a popular TV show and it takes you on a journey and helps you learn about physics, history, nature, internet phenomena, society, politics and everyday questions.

Done with everything above? Your German must be much better by now, so good job! There are tons of useful, fun and free German videos available across the Internet, so simply follow the thread. You can also start watching German movies which are also a great tool to improve your German.