Learn German with movies - a list of 11 original and fun German movies for intermediate and advanced German learners. 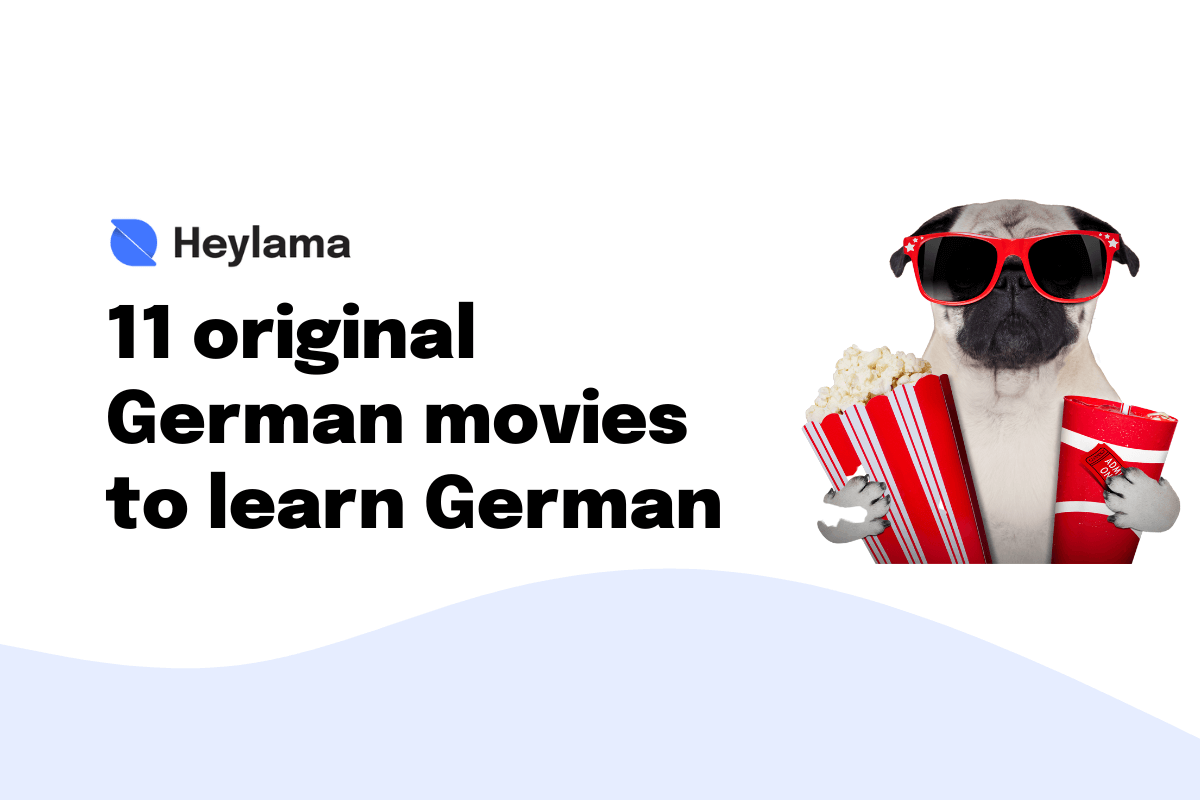 Learning German, just like any other language, should be first and foremost fun. If learning it becomes a drag, the boredom will surely slow your progress down. When you find something entertaining and exciting, your (lazy) brain will be more inclined to engage with that, remember that, internalize it, and nudge you to experience that again. German movies could be just that for you. Well, for some of us there nothing more engaging and entertaining than an interesting movie.

Watching German movies is a great way to learn German because it does not feel like learning. While Reading German books and listening to German music could be fun, too, movies have a strong advantage as you can watch native speakers pronounce things and learn how you could apply that word or phrase in a real-life context. As long as you are following what’s happening on the screen, all you need to do is to watch the plot unfold. You will learn a lot of stuff, or at the very least improve your listening comprehension.

A word of warning - You may want to skip watching movies in other languages dubbed in German if you're a beginner. The thing is that the subtitles of dubbed movies in Germany are always different from what characters actually say and that is very confusing.

List of the best German movies for German learners

Heike is annoyed that her husband Klaus and her two children are dependent on their smartphones and computers 24 hours a day. Family life gets miserable. When the family account is plundered by online fraudsters, she locks mobile phones, computers and the Internet router in the basement. Marie and Benny lose their friends and Klaus even loses his job. Just as Heike is about to give up, her plan starts to lead to unexpected outcomes.

If you're in Germany, you can watch it for free in high quality in the ZDF mediathek.

The movie is about a family — a single mom and her daughter. Both have to grow up — but seemingly more the mom than the daughter. The story focuses on many topics, including love, relationship, independence and friendship and conveys some serious messages through a light touch of humor.

The story of Sascha, Anna, Nic and Sam, the American! Sascha and Anna live in a shared flat in Berlin. Their neighbor Nic has a crush on impulsive and unpredictable Sascha, but she doesn’t care much. Anna, who is rather shy and reserved, find Nic hot and attractive, but he takes no notice of her. When the fun-loving American Sam appears, the lives of the three friends are turned upside down.

Bernadette’s planning a perfect wedding for her sister Lissy, but things start going sour when Lissy informs that she wants her Fath to lead her to the altar. The thing is that Bernadette can’t forgive his abandoning their family to travel the world as a musician. As when Lissy becomes increasingly enthusiastic about learning more about her father, her determination to get married seems to disappear into the thin air.

Kishori, unmarried and mother to a daughter and her sister Sonal live in a house in Berlin. The house and a cafe on the ground floor are led by Kishori. All of a sudden, her strict and traditional grandmother comes for a visit from India. She wants to sell the house unless Kishori agrees to marry the father of her daughter, Robert. As Kishori feels obliged to all the befriended inhabitants of the house, including Robert, to keep the house, Kishori and Robert prepare to have a traditional Indian wedding.

Lenny is the son of a famous heart specialist. Life is one big party for 30-year-old Lenny. But when Lenny messes up big time, his father sets a new rule: Lenny should look after 15-year-old heart patient David, otherwise Lenny’s dad will stop subsidizing his carefree existence.

Lottie and Lisa are twins who were separated at birth. They accidentally meet each other in a summer camp.

A hilarious comedy that follows an ex-con who lands a position at a school that sits over the spot where money from one of his earlier robberies was stashed.

Set in the German capital Berlin, the series centers around a German woman and single mother of a teenage daughter, who starts a relationship and decides to live together with a widowed Turkish father and his two teenage children.

With the birthday party of the most beautiful girl in the whole class coming in less than three weeks and the beginning of the summer holidays, Maik, a diffident 14-year-old teenager, has definitely a lot on his mind. Maik’s mother, a caring but alcoholic tennis nut, is in-and-out of the beauty farm aka the rehab facility, and his wealthy father is simply indifferent. The unexpected arrival of a new classmate, Tschick, will create quite a stir when the two class rejects will decide to hit the road in an old “borrowed” Lada. As they set off on an unforgettable roadtrip, the boys will learn about self-confidence, mutual friendship and the excitement of youthful love.

A feature film by director Sönke Wortmann about Germany's surprising victory in the 1954 World Cup in Bern and a father-son relationship in post-war Germany.

Don’t despair if you don’t understand everything. That’s absolutely alright because you don’t have to understand every single word to still enjoy the movie. Context is your friend and eventually you will start understanding more and more. If German movies are too hard for you, perhaps you could start with cartoons and shows for children or reading adapted books for German learners.