In this post, you will discover 7 fun facts about the history, grammar, and peculiarities of the German language. 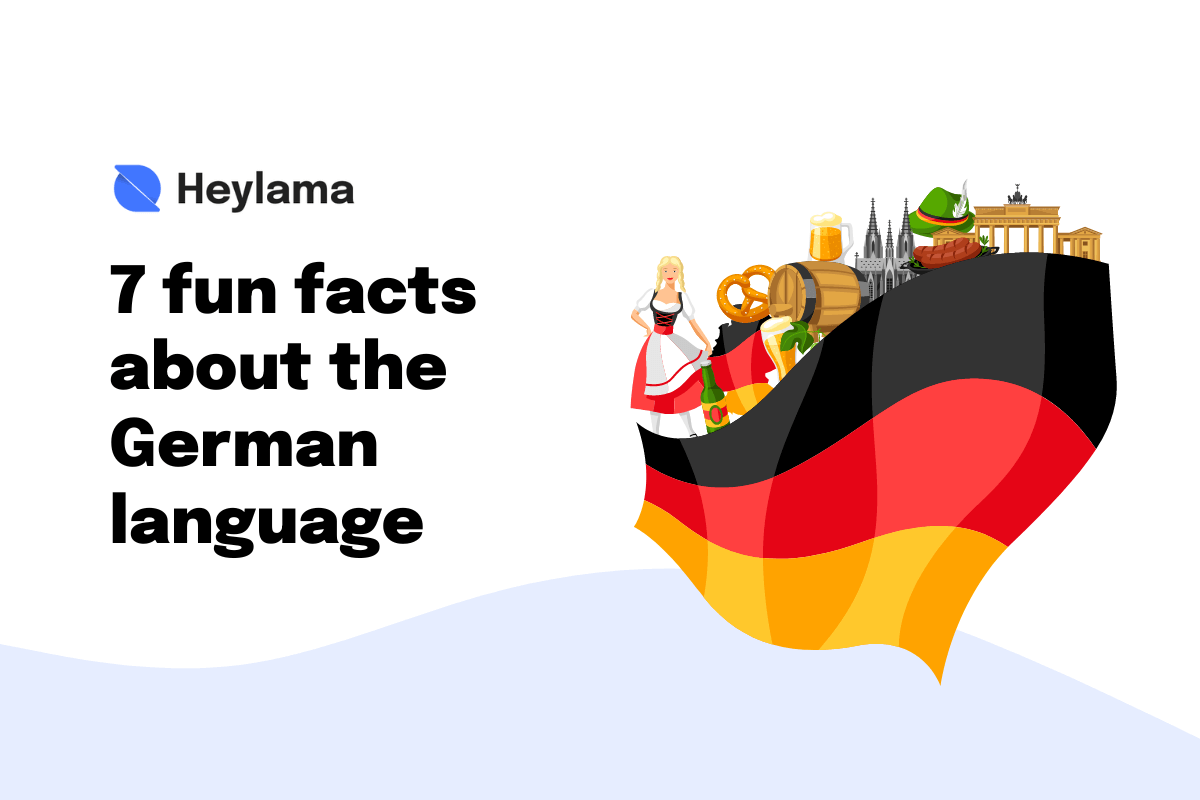 Did you know that the German language is more than 1500 years old? The origins of the language date back in the 7th century. Linguists call the earliest version of German "Old High German". Curious to learn more🤔? In this post, you will discover 7 fun facts about the history, grammar, and peculiarities of the German language.

Fact #1: German language used to be quite common across Western, Central and Eastern Europe in the 19th century

Can you believe that a few centuries ago, back in the days when the Habsburg Empire was still a thing, the German language was the language of commerce and government across a large chunk of the Western, Central and Eastern Europe! According to Wikipedia:

"Until the mid-19th century, it was essentially the language of townspeople throughout most of the Empire. It indicated that the speaker was a merchant, an urbanite, not his nationality."
source: Wikipedia

Alas, after two World Wars German language lost its appeal and was suppressed in many countries. Otherwise, Imagine traveling across Central and Eastern Europe to Prague or Budapest or Warsaw and speaking German with people as if it were English.

Fact #2:  There are more German language speakers than you might think

Around 100 million speak German as a native language, 10-25 million as a second language and up to 75 million as a foreign language. That brings the number of German speakers to a whopping 200 million +  people globally. Moreover, German is the most widely native tongue in the European Union and the second biggest language in terms of the overall number of speakers in Europe!

Fact #3:  There are millions of people learning German

According to some sources and ballparking based on the numbers from Goethe Institut, there are more than 15 million people globally learning German at any given moment. That makes German the 5th most popular language among language learners after English, Chinese, Spanish and French.

Fact #4:  There are too many German words to learn

According to “Deutsch Perfekt” (October Edition), there were “only” 30 000 German words back in the 9th century. Now there are more than 15 million words and hundreds more are created on a daily basis. So can we stick to the most frequent 2000 words and call it a day?😂😅

We all know that there are some dialects in Germany that are quite different from the standard German. But did you know that linguists identified over 20 dialects across the German-speaking world? These are not just slight differences, these are dialects which have significant phonetic, vocabulary or grammatical peculiarities to qualify as a separate dialect group!

Fact #6:  Same but different - homonyms in the German language

Homonyms are words that sound the same but have a different meaning. There are plenty of those in the German language. One interesting way of distinguishing such words is based on their articles.
For example, the word "See" can be used with “der” or “die”. "Der See" is a lake and "die See" is a sea.
Another example is the word “Band” - "der Band" means “volume” as a book volume, "die Band" means a music band and "das Band" means a ribbon or tape.

Fact #7:  Most German nouns in German are feminine

If you don't know what article to use, the safest guess would be that it's feminine. According to phase-6 magazine, 46% of all German nouns are feminine while only 34% and 20% of the nouns are masculine or neutral respectively.

Here you go. Now you have a few trivia facts in mind to entertain your colleagues or fellow-students about the German language. If you enjoyed this post, you might also enjoy the post about the most common German slang and daily life expressions!

Most frequent 300 German words with examples

Imprint/T&CPrivacy Policy
© 2022 Copyright. Made with ♥︎ in Berlin.
No llamas were hurt in the process.