Discover a collection of 15+ German vocabulary lists from A1 to C1 from Goethe Institut, Telc, Aspect Neu, and others. 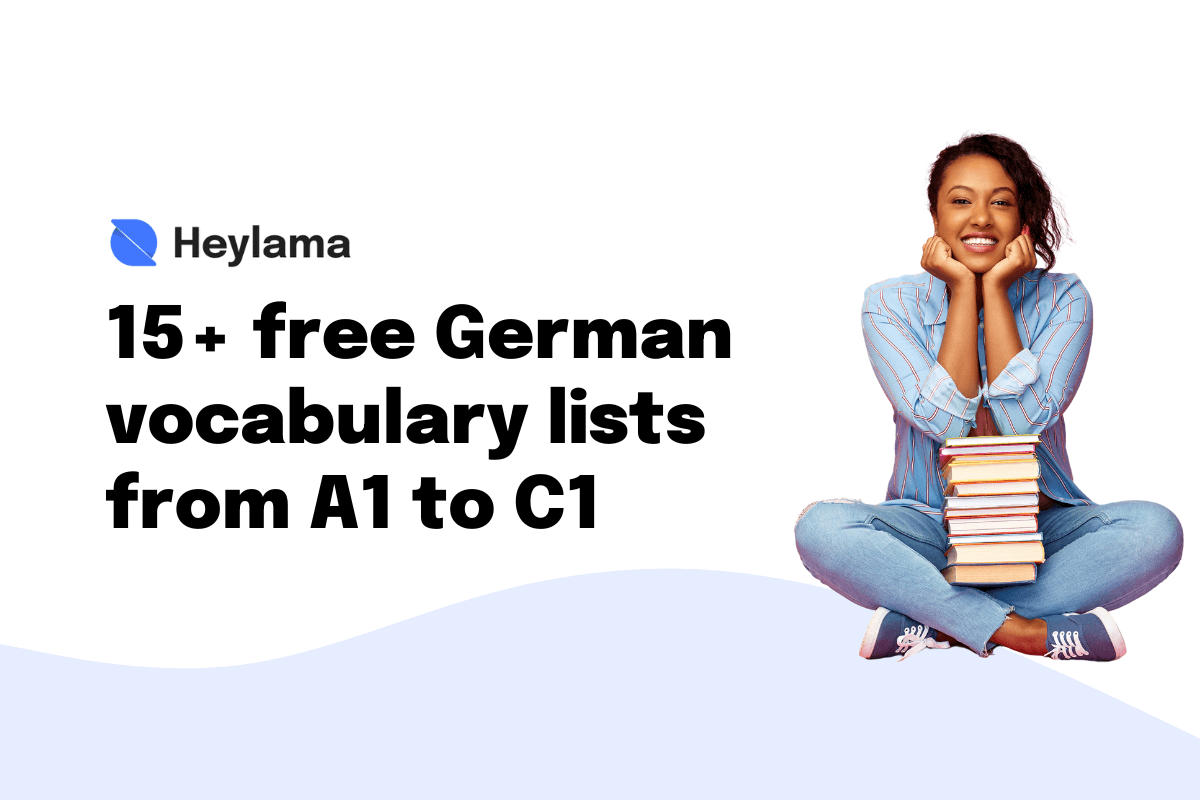 Intro: what is vocabulary frequency?

Below we present an extensive collection of German vocabulary lists from A1 all the way to C1.

Every word, including each word in German, has its own frequency score - a score of how often a word is used in speech. Hence, the higher the frequency, the likelier its usefulness and relevance for you as a German learner. Especially if you are a beginner, you are much better off with learning frequent words as the chances of using them quickly are much higher.

Can you become fluent in German by learning the most common words?

Short answer - hold the ponies, not so fast.

First of all, it would be extremely tedious to learn top 500, 1000, 3000, 100500 words by heart. Rote memorization of such lists without any examples or relevance to you would be awfully boring and thoroughly ineffective. For new vocabulary to be in active memory, you need to use them. If you don't use them, it means that you're not reinforcing them. As a result, you'll forget them faster than you master them. Your brain has to build bridges (associations) to those words and repeating the word-translation pair on its own won't help you retrieve these words when you actually need them. Learning in context is much more fun and powerful.

Second of all, mastering a language requires learning multiples skills that build on each other. Specifically, you should be able to produce the language in a written or oral form, comprehend it via reading or listening and must understand and command the assisting skills or rather building blocks such as grammar and vocabulary. Thus, mastering any of these skills or blocks without the others, no matter how good you are, will not make you fluent.

After all, there is a reason why there are so many of us with B1 or B2 certificates who are not confident speakers...

Instead, use these lists as a reference, explore them, look up the words you don’t understand, and commit to learning the words you can start using literally tomorrow. In short, don’t learn stuff that you won’t us

Master these lists with the Heylama spaced repetition app

Heylama app lets you learn new vocabulary in a fun and effective way. Thousands of German learners consider it the best flashcard app available today. Give it a try.

Learn German A1 in 30 days for free: a step-by-step online course